Winner of the Dutch Solar Challenge 2016

Some say there is only one thing harder than winning a title: defending it. Cliché as it may sound, it sure felt like this during the Dutch Solar Challenge last month. No race was harder, yet no victory was sweeter. It was a narrow squeak, but we managed to win the Dutch Solar Challenge once again and thereby prolong our uninterrupted string of back-to-back victories since 2009.

This year’s edition of the Dutch world championship turned out to be an exciting week of adversity, tough competition and unexpected twists and thrills until the very last mile. Due to bad luck and mechanical mishaps to the MG powered Furia solar boat in the first few days, we saw our chances of prolonging our title rapidly diminishing. Midway through the race we placed second in the overall ranking with little hope of securing another win. Our fiercest contestant, TU Delft Solar Boat Team, succeeded in developing a very competitive boat, with top speeds rivaling ours. But the hardest part was yet to come.

Because the longest and final leg of the race on Saturday was also reputed as the most challenging of all. Even more because the sun was expected to disappear and rain was predicted for the last 30 kilometers; in the end it all came down to energy management and strategy. By keeping a sharp eye on the weather, meticulously monitoring our battery capacity, and our solution’s superior efficiency, we eventually flew across the final finish line at 40 km/h – first – and so far ahead of the rest of the field we conquered the world championship title once more. The team felt more proud than ever before for having persevered against all odds.

On top of that, we were the fastest to travel the total distance and ranked first in the sprinting championship.

Little time was left for celebration, because three days later we left for Monaco to defend our title during the Monaco Solar Boat Challenge. A whole new ballgame, because this is the first and only contest for solar-powered race boats to take place on open sea.

During three days of competition on the Mediterranean waters, combining a fleet endurance race, a timed slalom course and one-on-one duels, we proved our supremacy by ranking first in each and every challenge and winning the overall championship title for the third year running.

Another highlight was the International YCM International Speed Record, over the distance of one eighth of a nautical mile. In company of tough competition, we are very proud to have set the new average speed of 49.10km/h, beating our own record set in 2015.

The third edition was inevitably overshadowed by the tragic events that took place in Nice on 14th July. During the somber parade on Friday, we paid homage to the victims and their families. All participants were keen to show solidarity and reaffirmed our shared desire to build a better future together.

Powered by CLAFIS and Victron Energy

We would like to take this opportunity to thank our sponsors, especially CLAFIS and Victron Energy, for enabling us to join these spectacular races and also cheering us on along the way, with unwavering faith and support. 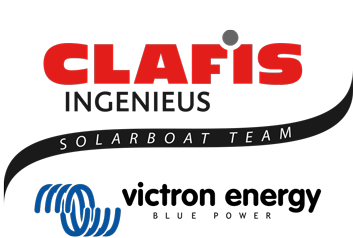 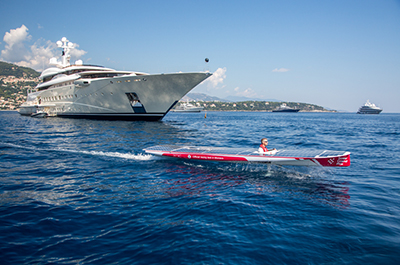